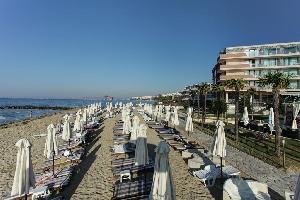 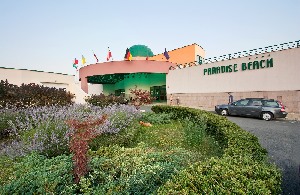 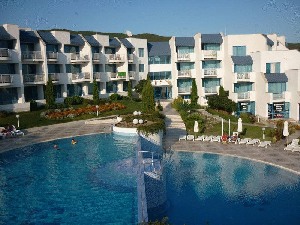 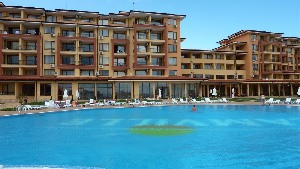 Saint Vlas is a town and a seaside resort on the Black Sea coast of Bulgaria. It is located at the foot of the southern slopes of the Balkan Mountains, in the northern part of Burgas Bay. In the II century a settlement was founded by the Thracians at the present place of St.Vlas with the name ”Larissa”. It took the name Sveti Vlas in XIV century after the Saint Blaise monastery dedicated to whom existed in the region but was burnt in XIV-XVIII century by pirate raids. During the Ottoman rule in Bulgaria it was known as “Kuechuek monastery”. In XIV century there are built 5 monasteries –“St.Peter”, “St.Iliya”, “St.Andrey”, “St.Vlas” and the female Monastery “St.Anna”. All of them are destroyed in XVIII century but still can be found some remains. In 2007 is open the largest marina in Bulgaria - Marina Dinevi with capacity of 300 yachts. The beaches of the resort are facing directly south. The combination of beautiful nature, sea climate and mountain fresh air make St.Vlas a unique place for vacation and relax. The international sailing regatta “Saint Vlas” is organized in aquatory of Nessebar cave on 18th,19th and 20th of July. The sailing regatta “Saint Vlas” has 5 years history since 2007 and it is popular with name “Victory”.