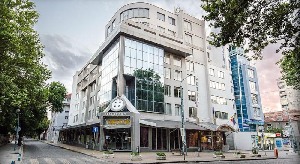 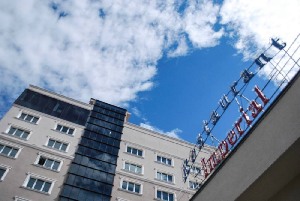 Hotel Imperial
4* stars
LOCATION: Imperial Plovdiv Hotel & SPA is centrally located in a private garden. The centre of Plovdiv is a 5-minute drive away and Mall Galeria is located 1.6 km away. The International Fair can be reached in 2.7 km. HOTEL CAPACITY: Imperial 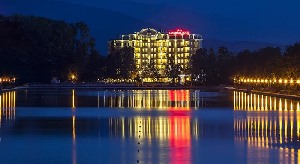 Hotel Landmark Creek
4* stars
LOCATED: Located in the Park of the Rowing Channel in Plovdiv. The centre of Plovidv and the Old Town can be reached in a 7-minute drive. The building of the International Fair of Plovdiv can be found 6.5 km away. Plovdiv Airport is located 23 km 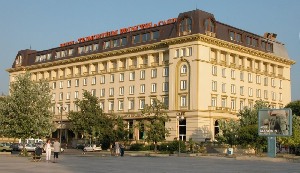 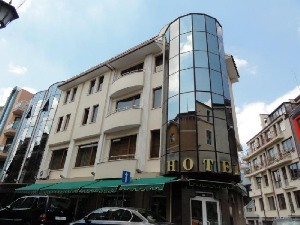 Hotel Dafi
3* stars
LOCATION: Hotel Dafi enjoys a central location in Plovdiv next to Djumaya Square. The hotel is only a 5-minute walk from Mosque Jumaya and the Roman Stadium. HOTEL CAPACITY: The Dafi Hotel offers you accommodation in 20 rooms doubles (twins), 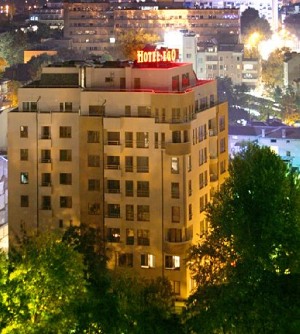 Hotel Ego
3* stars
LOCATION: Hotel Ego is a newly built hotel furnished to the highest standards, situated in the centre of Plovdiv in the immediate vicinity of the main street and the old town. The International Fairground and the train station are only a 10-minute 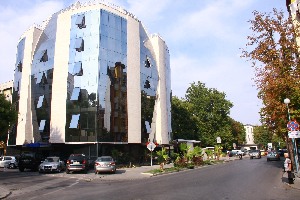 Hotel Noris
3* stars
LOCATION: Situated a 5-minute walk from Plovdiv’s main shopping area HOTEL CAPACITY: Hotel Noris offers 38 rooms ROOMS: All rooms include a seating area with armchairs, and they are equipped with a flat-screen cable TV and mini-bar. Each

Plovdiv city is situated in the Upper Thracian Plain (Gornotrakiyska Nizina), on the both banks of the Maritsa river, and was build around seven hills. The city is located  150 km. southeast from Sofia city, 270 km. west of the city Bourgas, 140 km. nordwest from Svilengrad, 58 km. south of the city Karlovo, 19 km. nordwest of Asenovgrad, 102 km. nord of the city Smolyan, 37 km. east from Pazardzhik , 90 км. southwest from Stara Zagora. Plovdiv is the second-largest city in Bulgaria after the capital Sofia. The city is one of the most popular tourist destinations in the country and a cultural and economic center of southern Bulgaria. Plovdiv is one of the oldest cities in Europe. In the beginning the ancient settlement was situated on the natural elevation between Nebet, Taksim and Dzhambaz hills (the Three Hills). Dzhendem hill, also known as the Hill of Youth is the highest one – it was declared a protected area for its endemic plants and preserved nature. Various animal species can be found there, such as squirrels, jays, hares. A monument in honor of the Soviet Army was built on the Bunardzhik (Alyosha) hill. Sahat hill – the hill with the clock tower, has become a park, a favored place for couples and youth companies with guitars. A clock tower, dating back to the 16th century, stands on top of it. The other three hills form the Ancient Plovdiv town. All of the Plovdiv hills are well-maintained parks with paths and benches. The city is a big cultural center. There are The Plovdiv Drama Theatre, another pillar of Plovdiv's culture is the Philharmonic, the Archaeological Museum, Historical Museum, regional Ethnographic Museum. The town hosts theater, dancing and movie festivals, some of them intenational-International Folklor festival, International festival of Chamber music, International festival of Puppet Theatre, Opera festivals and many others.