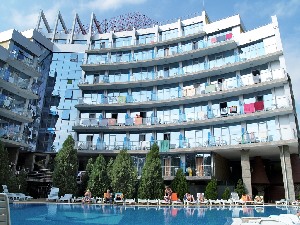 Hotel Kamenec
4* stars
Hotel Kamenec is situated in Atliman- a picturesque bay in Kiten, 60km south of Burgas. The complex is located on the front line of the north beach.It is modern architecture and style are remarkable.The hotel is functionally and comfortably 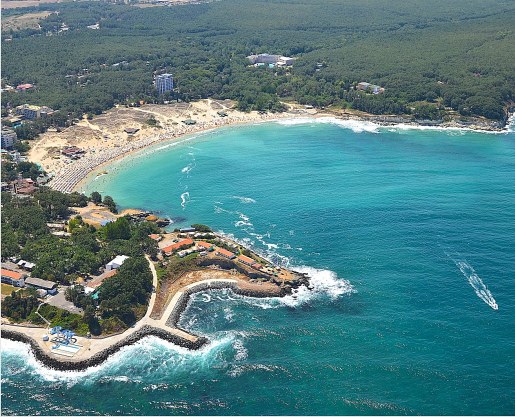 Kiten is the most beautiful place on the Bulgarian Black Sea Cost and has the charm of irresistible feeling of summer. The combination of forest trees from Strandja Mountain and the sea coast contribute Kiten to turn into a heavenly place in summer season. Good weather combined with the landscape characterize calm sea during most of the summer time. Kiten is situated on a small peninsula between two tiny bays Karaagach and Atliman, in which respectively flow Kitenska River and Devil River. The resort has mineral springs located near the camp “Atliman”. Close to Kiten there is also a Natural Reserve called Ropotamo. Many tourists prefer this place because of the clean sea and the beautiful forests around. People are trying to preserve the place and keep his glory of a clean seaside resort. As attractions are organized Neptun dinners, concerts and programs.