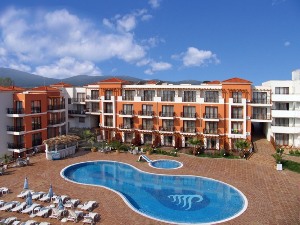 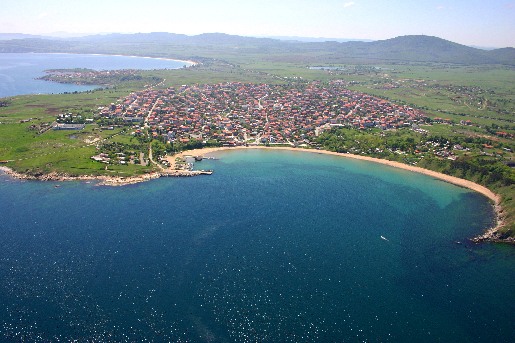 Chernomorets lies at the low northern slopes of the Strandzha mountain, between Cape Emine to the north and the Arkutino marshland to the south. To the east of Chernomorets is St. Ivan Island, with Sozopol to the southeast of the town along the seaside road.

Chernomorets has an Eastern Orthodox church dedicated to the town patron Saint Nicholas. A garden called the "Garden of Eden" has been landscaped just in front of it.